SIRPA PÄIVINEN
How we relate to things and ideas always goes towards the saturation point. Everything related to nationalism or nationality has now reached a saturation point, as has our attitude towards consumption. The unifying has become separating and consuming destructive.

In the first photoserie, Mini-Finland, 1999, the Finnish Maiden presents staged natural attractions and national achievements.
It is photographed in Ähtäri, Central Finland, where until 2005 was an particular activity park.

Ten years later, the Finnish Maiden is witnessing the destruction of Mini-Finland. Where The Lake Saimaa used to be, a golf course will be built and the Olkiluoto nuclear power plant will be dismantled.

In the serie from years 2015-2017, the Finnish maiden travels in real Finland, in its real sights and achievements. 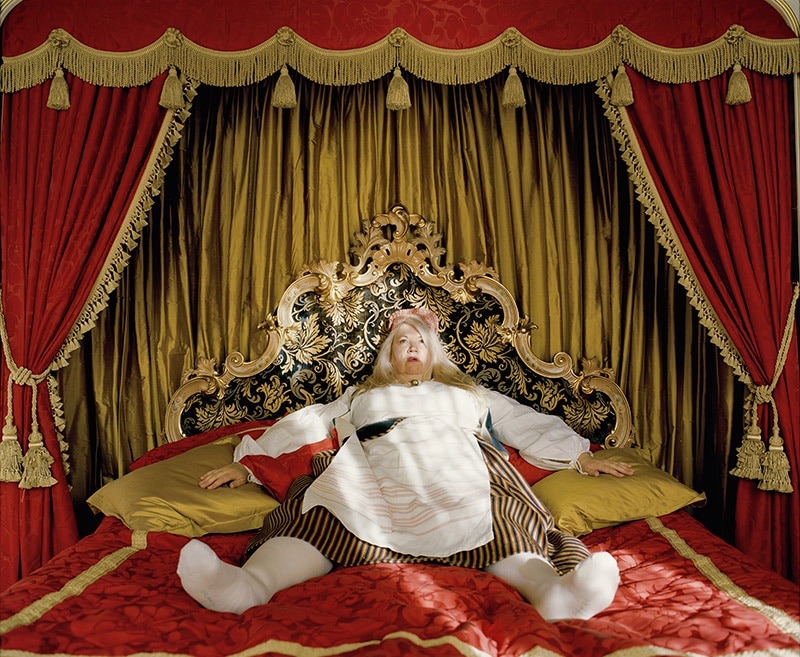 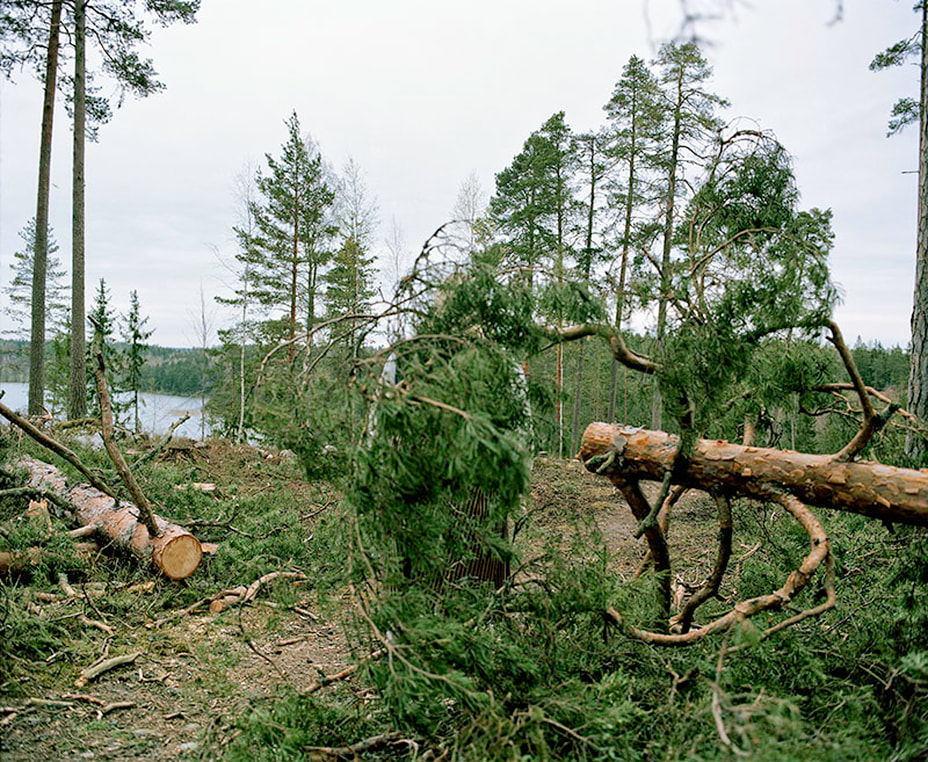 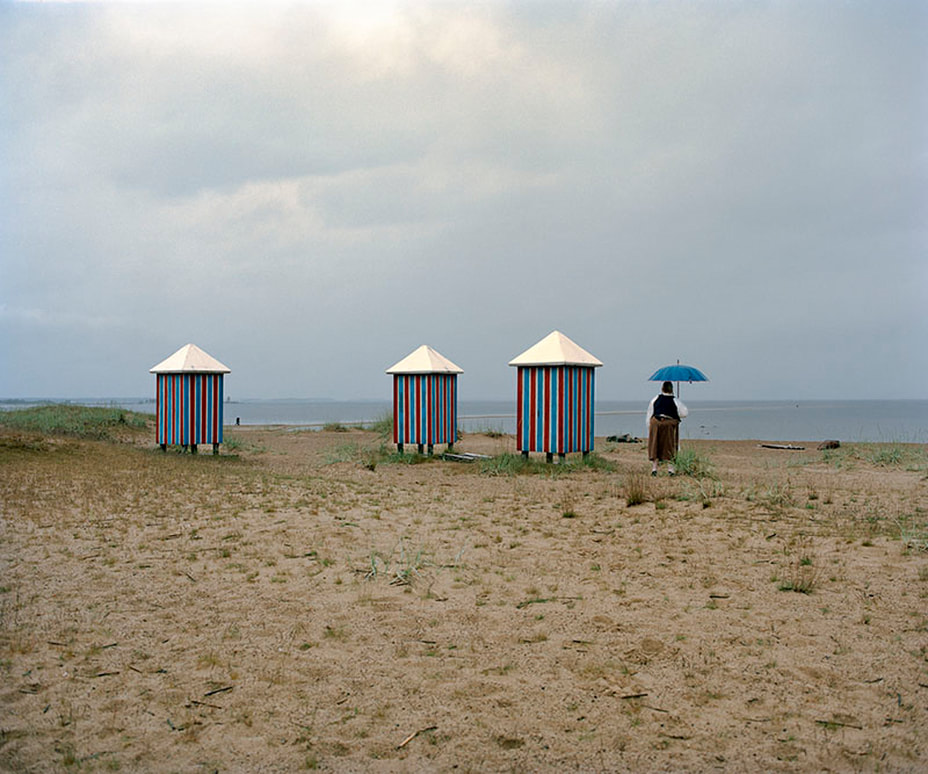 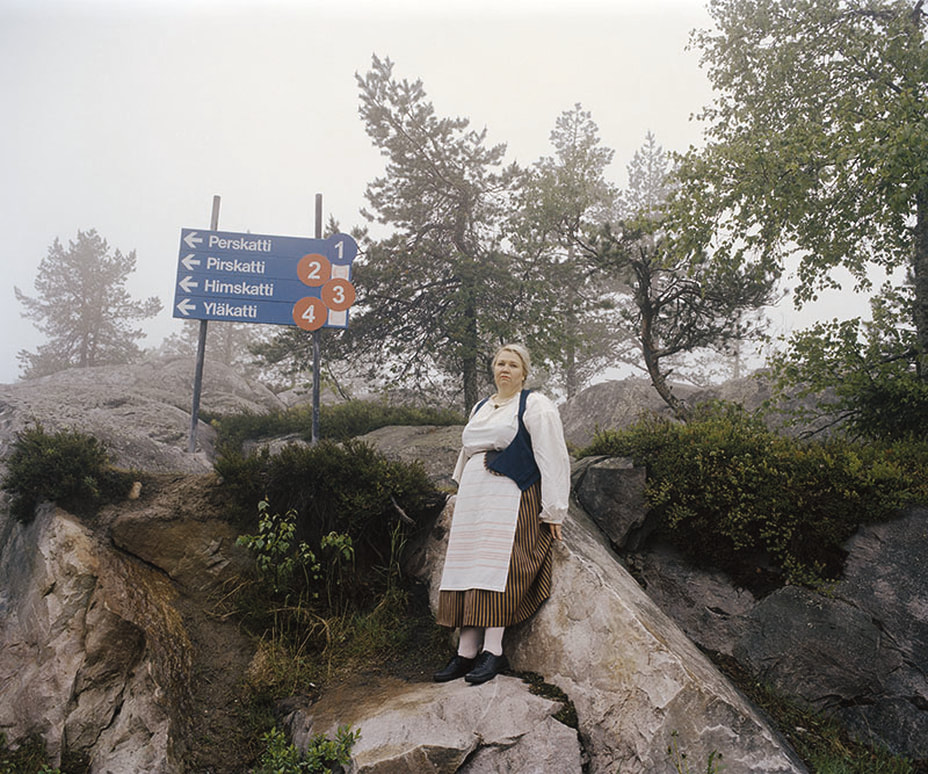 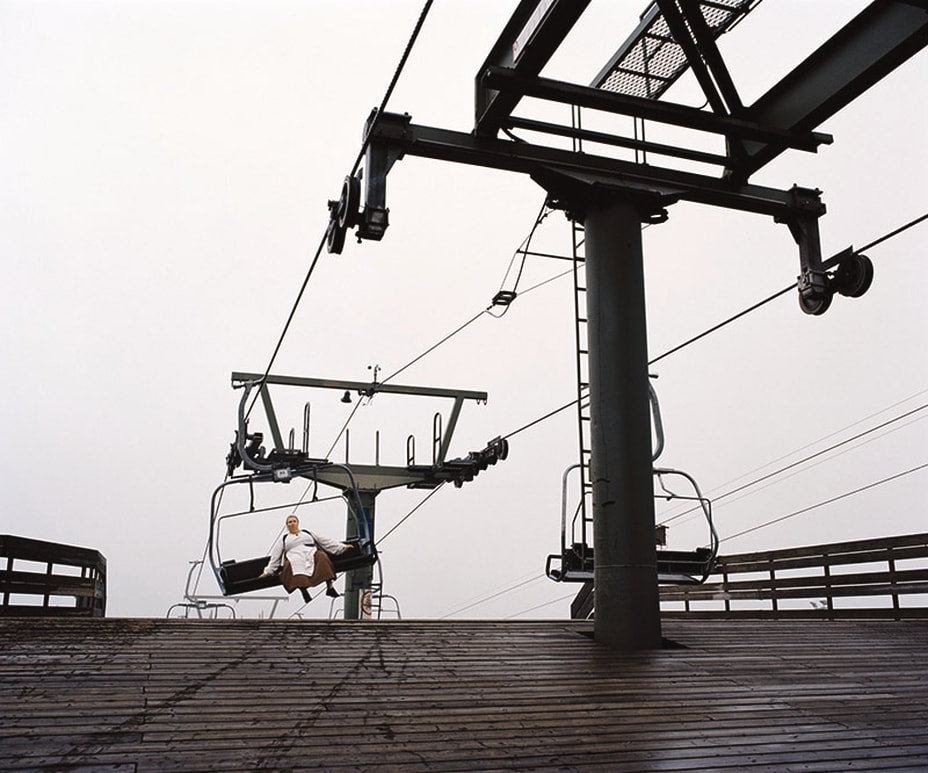 On the balcony of an apartment building, video 1 min, 2017